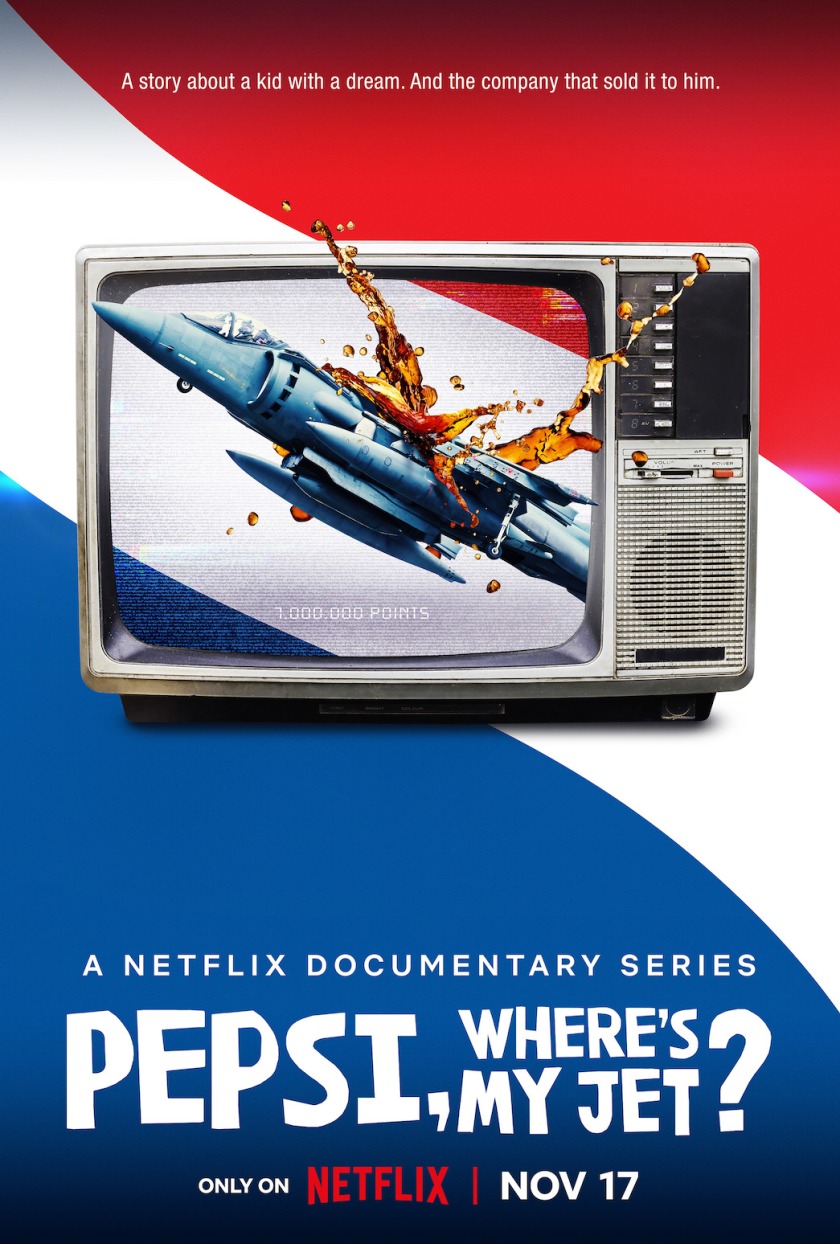 I don’t watch a lot of documentaries/docuseries but when I do they usually fall into two categories. Number one is cult docs and number two is what I would call “fun” docs. By fun docs I mean documentaries that are less serious, deal with lighter topics, and are about random events, not ones that deal with murder and such. Obviously, Pepsi, Where’s My Jet? falls into the second category and I loved it. I think it had everything that a good docuseries needs to be entertaining. The first and most important thing was that it had the facts and interviews from both sides. When a doc only has interviews from one side, no matter how factually or honest it is, there’s always a part of your mind that wonders what’s the other side’s point of view. Since this show had both sides present you don’t have to wonder and can easily make up your mind which is a huge bonus for me. They also made it really entertaining to watch by having the reenactments. The reenactments were able to give it a less serious feel that a lot of serial killer docs have which in turn took the “pressure” off. With a lot of documentaries I feel like there’s almost an overarching “pressure” to feel sad or angry but with Pepsi, Where’s My Jet? the only thing you have to do is be entertained. So, I would of course give this show a 10 out of 10.

P.S. If I was John and had the same connections he did I would totally do the same!

P.S.S. He should have gotten the jet! (or at least the equivalent monetary value of the jet)